a game of control | my eating disorder & road to self acceptance 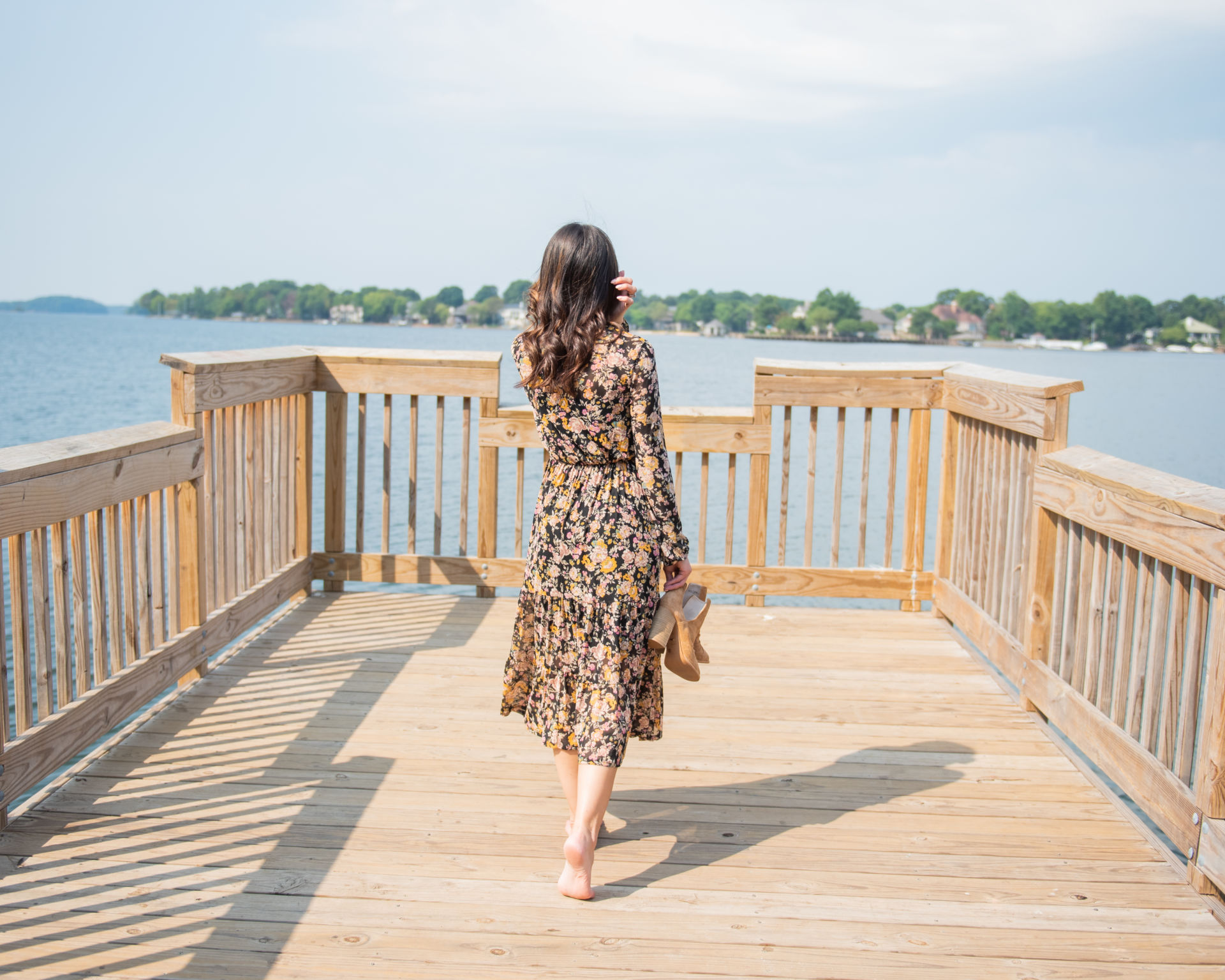 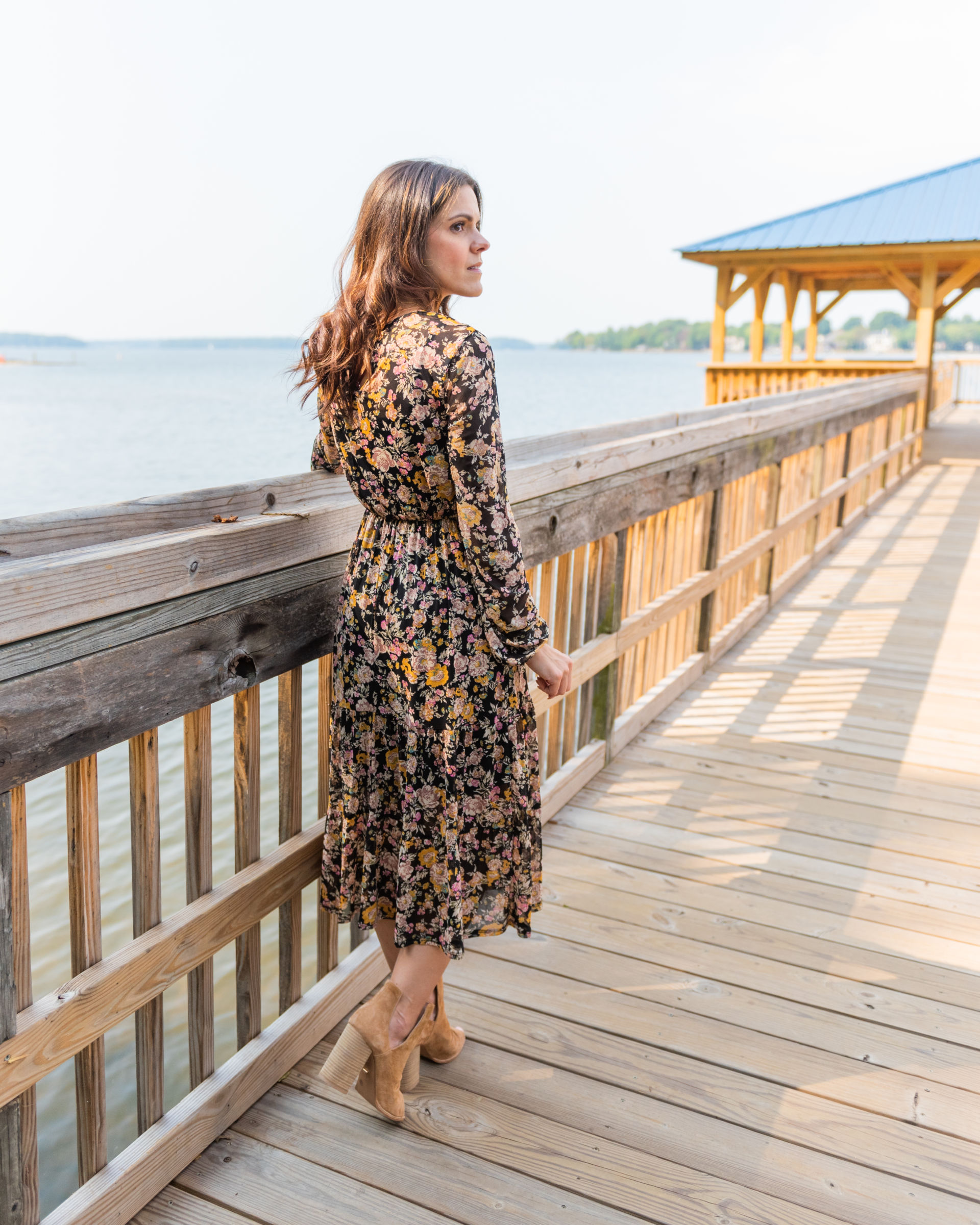 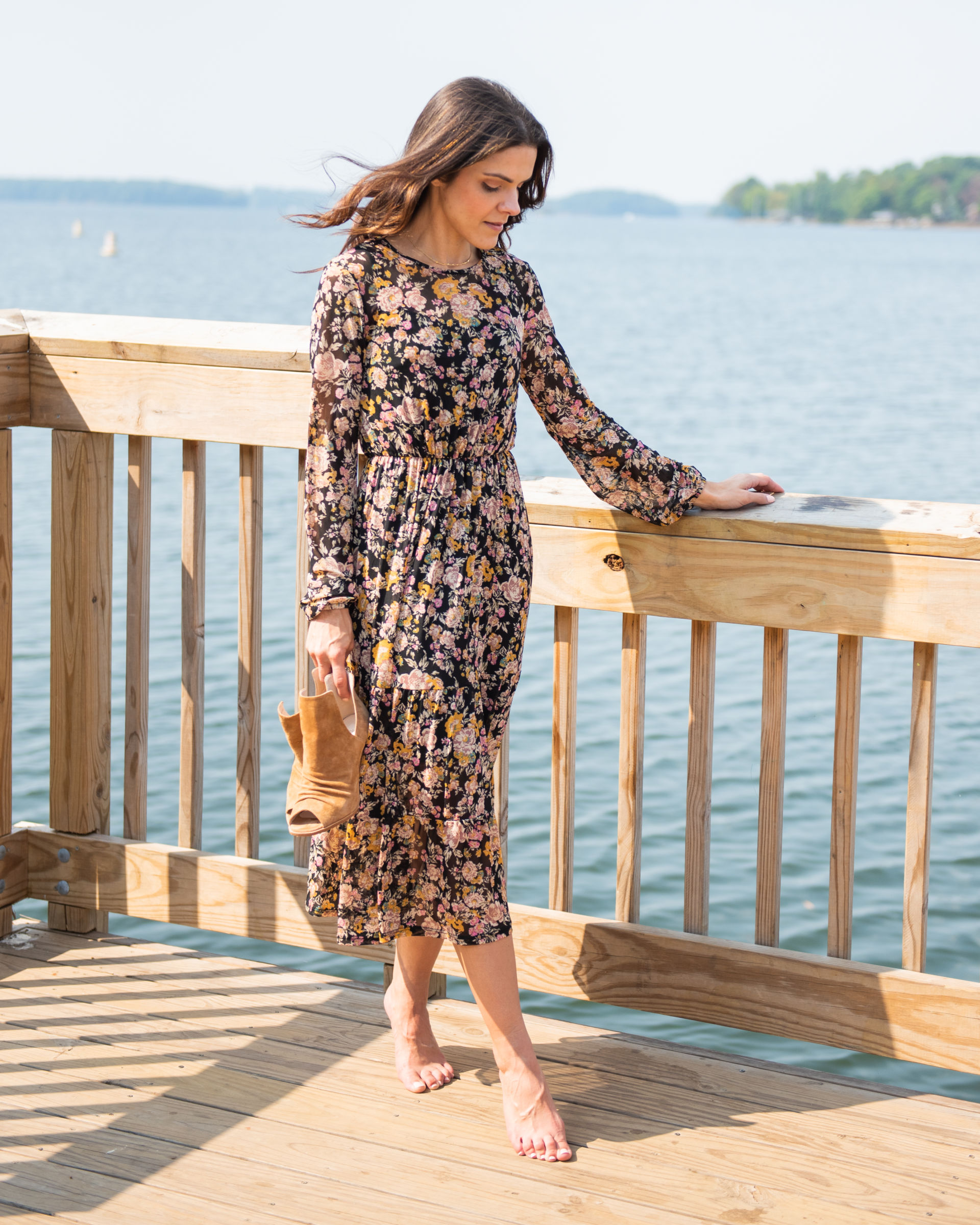 **Please note that the following post might be triggering for those currently suffering or recovering from an eating disorder.**

One in four. One in four women have suffered from an eating disorder in their lifetime. I am within that 25%. In a twisted way, I used to hold a sense of pride in the diagnosis. There were times I’d walk into a room, see other women before me and wonder who amongst me held a likewise hidden secret. I felt the diagnosis was a card – an opportunity to play a game – and if you won, you’d be crowned control. You’d be accepted, you’d be noticed, you’d be worthy.

I never won tho. I was never in control. And I most certainly didn’t receive an acceptance letter.

Contrary to what winning should be – overcoming the diagnosis with change –  I held a distorted understanding of terms at start. I believed victory in this game was achieved by discipline. I could count calories, lose weight, and spend hours at the gym all I wanted, but I’d never title no matter the routine. Thankfully by the grace of God, I learned victory came by giving up the control I so desperately sought.

Yes, there are many things in our lives we cannot control, and I’ve come to the realization that it’s beyond my own ability to move on unless I let go of those circumstances. But it took me decades to ‘let go’ of what I couldn’t control. And years to ungrip control of what I could.

Looking back, one thing led to another. Life’s circumstances found me tipping on a funnel ledge. Today’s post is simply my story; a walk thru of emotions, choices, and the outcome of my anorexia.

One may be thinking, what causes an eating disorder? Stress, loneliness, self-hate, depression, low self-esteem, body dissatisfaction, and more. Genetics, social, and environmental factors may also increase your risk for developing. All things I didn’t feel I was susceptible too.  Or, more so – didn’t believe to be contributing factors. Writing my story, the bigger picture states otherwise.

Highschool had it’s ups and downs. I excelled academically and thrived socially. While many others participated in sports, I was heavily involved in drama and choir. I’d always loved to sing and pursued in excess my strength. With it came biased favoritism amongst staff and students – and as any teenaged social scene, clicks. I fed off the attention of those within my circle and rolled an eye to those outside it. I was Regina in Mean Girls. In some ways, I blame my high school persona on naivety and it being part of growing up. I know my actions in hs were a result of insecurity and desire for acceptance. But remorse wins and still to this day am ashamed at how I treated others years ago. Upon graduation, class awards were established. Instead of the ‘most likely to succeed’ or ‘artfully creative’, I was handed the title of ‘biggest ego’. Tho I know the election skewed, one can imagine the gut punch. And tho I feel I probably got what I deserved, I still felt the pointed finger. It still hurt. Ironically, the award crushed any ‘ego’ I owned.

Having excelled in choir and voice competitions, I had gone to SPU with a major in music performance. I still enjoyed singing and felt past successes had pointed to my calling. God’s plans differed. I came home from college in 2001, having lost an entire trust fund in the stock market. I’ll note, all that dwells within the college milestone – moving out, learning independence, making friends and trying to find yourself in the process – did not go well. A years worth spent in the music lab, wrapping my mind around music theory, notation, and composition inevitably left little passion for my craft.  I struggled balancing my schoolwork with the college experience and got lost in the mix. I had grown close and subsequently distant to those around me. Feeling alone and outcasted, I remember feeling a bit relieved on the drive home – knowing my place at SPU was never found, and losing a college tuition was a blessing. Despite the relief, I didn’t know what was in store. I lacked a desire to try and felt a failure for not pursuing music further. I was near the tipping point.

I’d like to state the escalation to drop off didn’t involve a boy. But it did. Shortly after coming home, I dove into a relationship that defied every moral I had set growing up. I knew it was wrong, the drugs, sex, immorality – but it felt good to defy, excusing it a self search.

I’ll be honest and say this paragraph, this exact space on my screen is why it’s taken me over a year here at TheSarahStories to share this story and this part of me. (more on me here) I don’t want to relive it. I’d rather a mindless fog than work thru reasoning. This boy hurt me, cheated on me, and dismissed me. And in honesty, twenty years later, am still sifting thru repercussions of how I chose to deal with it. I shake my head at my 20 year old self and wonder at what point did I feel the need to justify my worth? But, dismissing the sort by write has been on the back burner long enough.

He lied and cheated. With someone younger, prettier, half my size and at the time – a friend. It was never discussed or confirmed, but despite the unsaid, I felt low and invaluable. I had given so much of me, and it was tossed aside. I had developed what I had felt deep relationships with his family, and the breakup hurt worse because of it. There I was again – outcasted and lost.

In pain, I reverted to comparison. My replacement was pursuing a college degree, widely popular, and very thin. “I could get there,” I thought. So I turned to what I could control – my diet and exercise. I then made it my sole focus to prove him, old classmates, life’s circumstances, and a career plan (that seemingly had gone out the window), all wrong. I thought that if I was skinnier, he’d love me. If I worked out an hour longer, I’d be known as a go-getter. I’d be perceived as having it all together. And I’d do anything it took to get me there. What I didn’t realize, and now know – is that this claim to control would drown me. I couldn’t win. No matter the number on the scale, or perceived success – nothing was ever good enough. And it would ultimately convince me, I wasn’t either.

For years I let this eating disorder define me. It’s who I was, people would look at me and know – she’s dealing with some things. And I was, somehow, okay with them concluding my secret. I let those ‘things’ be the catapolt to my continuance. Five more pounds down, five more laps in the pool, 100 less calories for the day .. a sick cycle that drove me to a mere 89 pounds. I never won; instead I sat hanging on by a thread. It was becoming more and more difficult to hold onto the increasing expectations I’d set for myself. And the very thing I thought I could control, drowned any ability to see my own worth.

I will note – the ego award, stock crash, and a boy’s actions were circumstances beyond my control. In no way do I want to make this post an ill riddance. I’ve forgiven and learned that part of my life was vital in the timeline of meeting my husband, and an unfolding of all the blessings thereafter.

I won’t dismiss the difficulty in trusting a new relationship. The baggage was still heavy. And if my husband is reading this, hun – your placement in my life was not only proof of God’s masterful plan, but my lifeline. You’ve shown me what true acceptance looks like and what love really is. I am forever grateful.

I can honestly say, after years of being in the right relationship, with someone who loves me, who doesn’t wager his affection based on my size, morals, or wether I’ve worked out today, I now know the diagnosis doesn’t define who I am. I now know I do not need to prove myself to anyone. It is not my job to decipher reasoning of why things happen the way they do, or author the definition of success. I am beautiful, worthy, and more than enough. No number on the scale will determine that.

The horrid depths anorexia took me, I crawled out of. God extended a hand, knowing His deliverance was part of His mastered plan from the get-go. He knew I’d endure it all, and He knew self confidence would come from it.  It’s admirable seeing other women hold a confidence in themselves – for many it comes natural. For me, I believe self confidence and knowing my worth is the result of my once diagnosis. So, as much as those years hurt, I wouldn’t be who I am today without them. 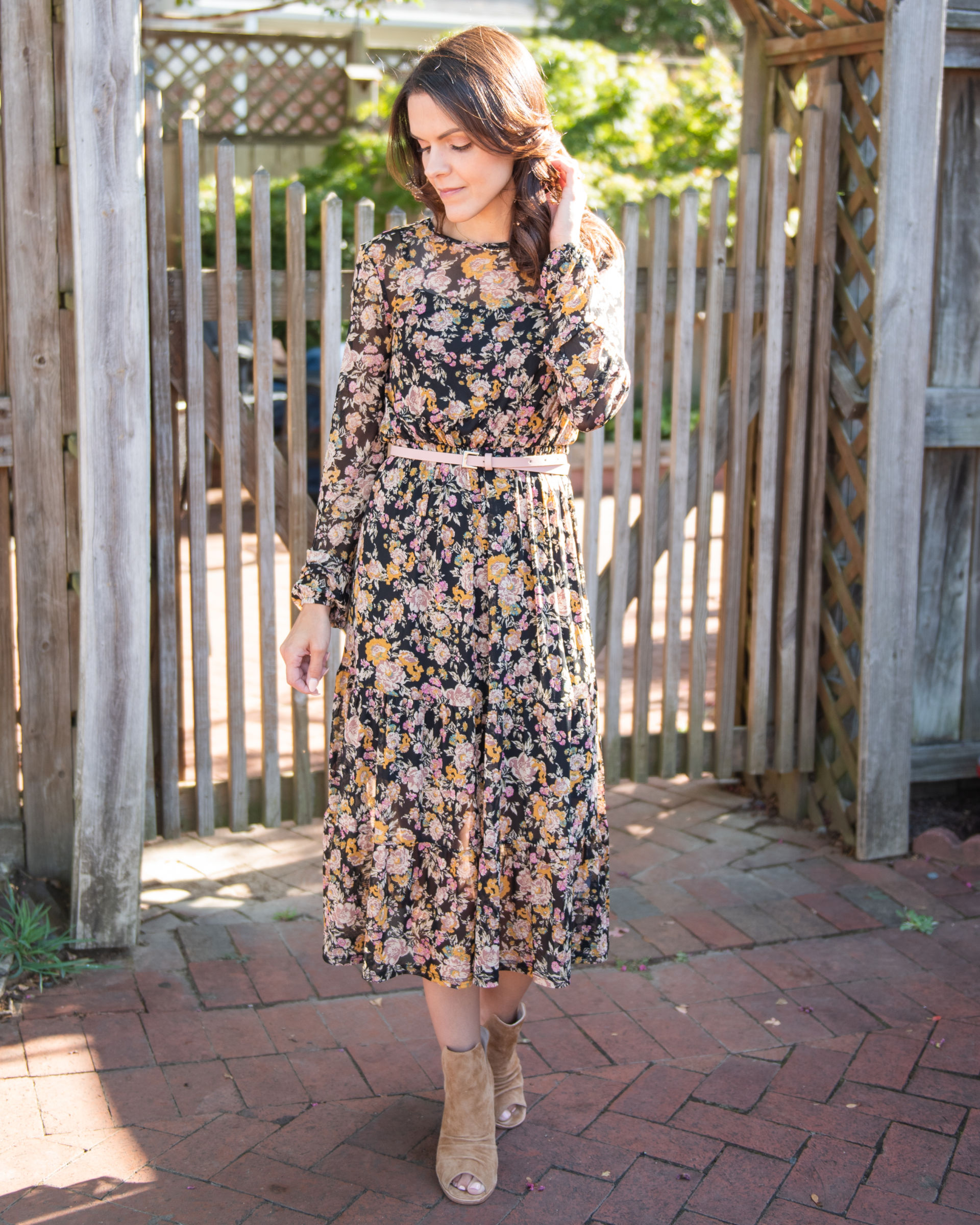 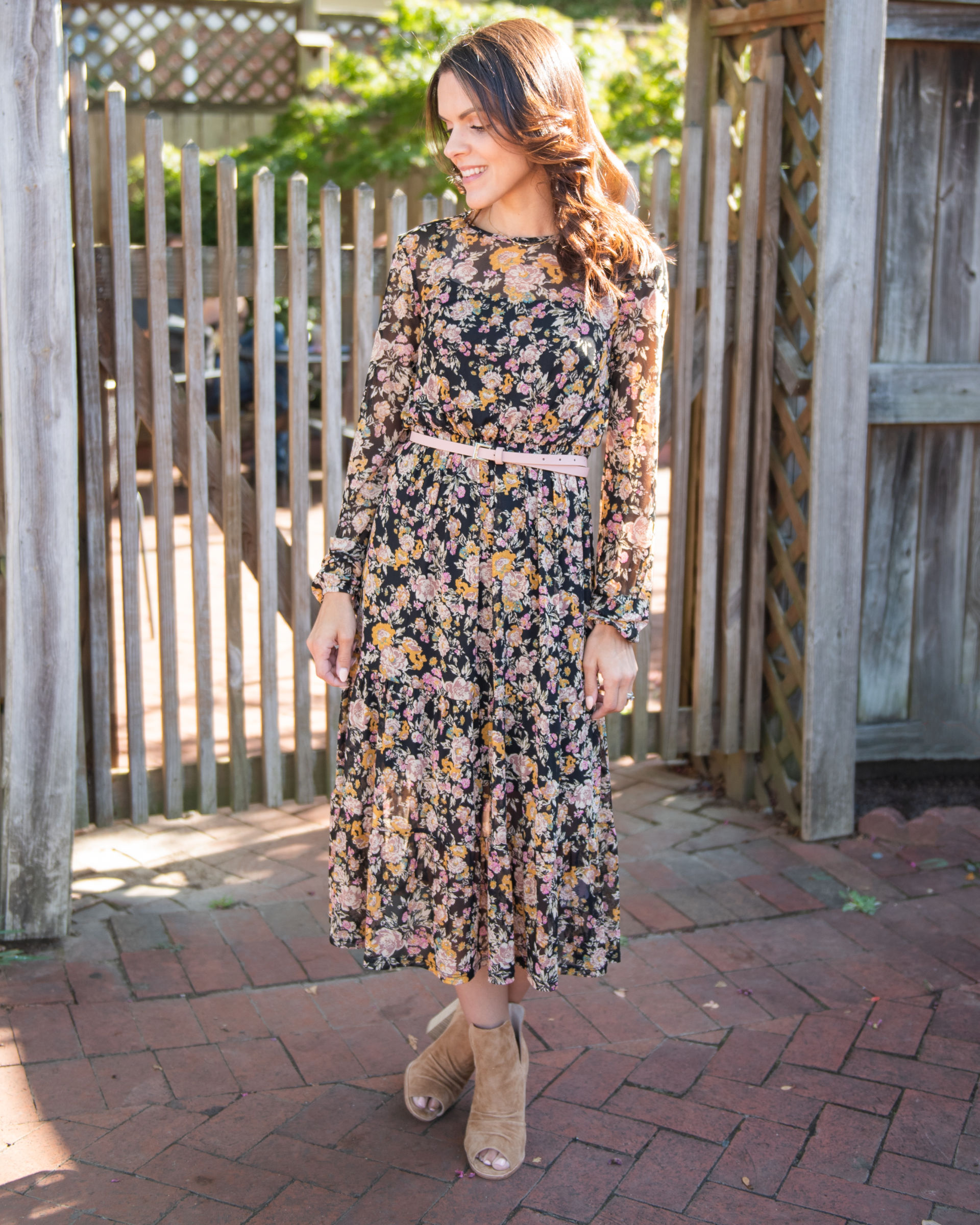 So, where am I today? I am in recovery. I cannot say I’ve fully overcome this disease because I know control is my nature. But it’s a game I’ll never win, and why revert and expose myself, family and those around me to the darkness once lived? I’ve learned to dismiss the card. Yes, I still determine my eating habits and exercise most days – but NOT for the same reasons. I eat to live and enjoy life. I exercise for mental clarity and release, not to zero out caloric intake. I do it for me.

For those reading, my purpose in writing this post is to unveil the reality of a harsh disease. And to give hope to those enduring the struggle of an eating disorder. I know each road endured is different. But there IS always a way out. And as tempting as it is to gain control – this game controls you. It’s deceitful and feeds you lies. You can either surrender to the distorted image of yourself or claim the truth:

You are worthy of love – I know it might be hard to see right now, but there are good people out there who will love you for who you are today, tomorrow, and in the future.

You are enough – your accomplishments do not determine your self worth.

You are found – tho the feelings of lost circumstantially arise, know God hasn’t taken His hands off of the wheel of my life or yours. He is aware of our circumstances and is in complete control. Game and no game.

Self-acceptance is what allows authenticity. That said, this write – tho difficult – was much needed to coincide mission.  Thank you to all who’ve read my story today.

I appreciate all of you. xoxo

Outfit details – I saw this mesh midi dress and immediately fell in love with the moody floral print. It fits true to size, comes fully lined and is very comfortable. My opened toed booties fit true to size and are avail in several color options.